After months of hard work battling darkness, the IgKnights gather to have a great feast at the Guild Hall.

All was going well until right in the middle of the hall, a scuffle broke out. What started off as a small argument spiraled into an all out food war throughout the great hall. Thus the IgKnight tradition of the Food Fight Grand Battle was formed.

Challenge your friends and others to a food fight competition in VR!

Features
Up to 4 person multiplayer - Gather some friends (or enemies) to form teams and have some 1v1, 1v2 or 2v2 food fights! 30 seconds to see which team gets the most hits!

Throwing food is fun! Grab some food from the table and throw it at your opponent face! (or your team mate if you are sadistic)
Watch it splatter your face or opponent's face.

Practice Mode - Throw the food against target boards to practice your aim and turrets to practice dodging or grabbing the thrown food.


Kids Mode - Scales the world down so that they can play too! Remember to get them to wear wriststraps. 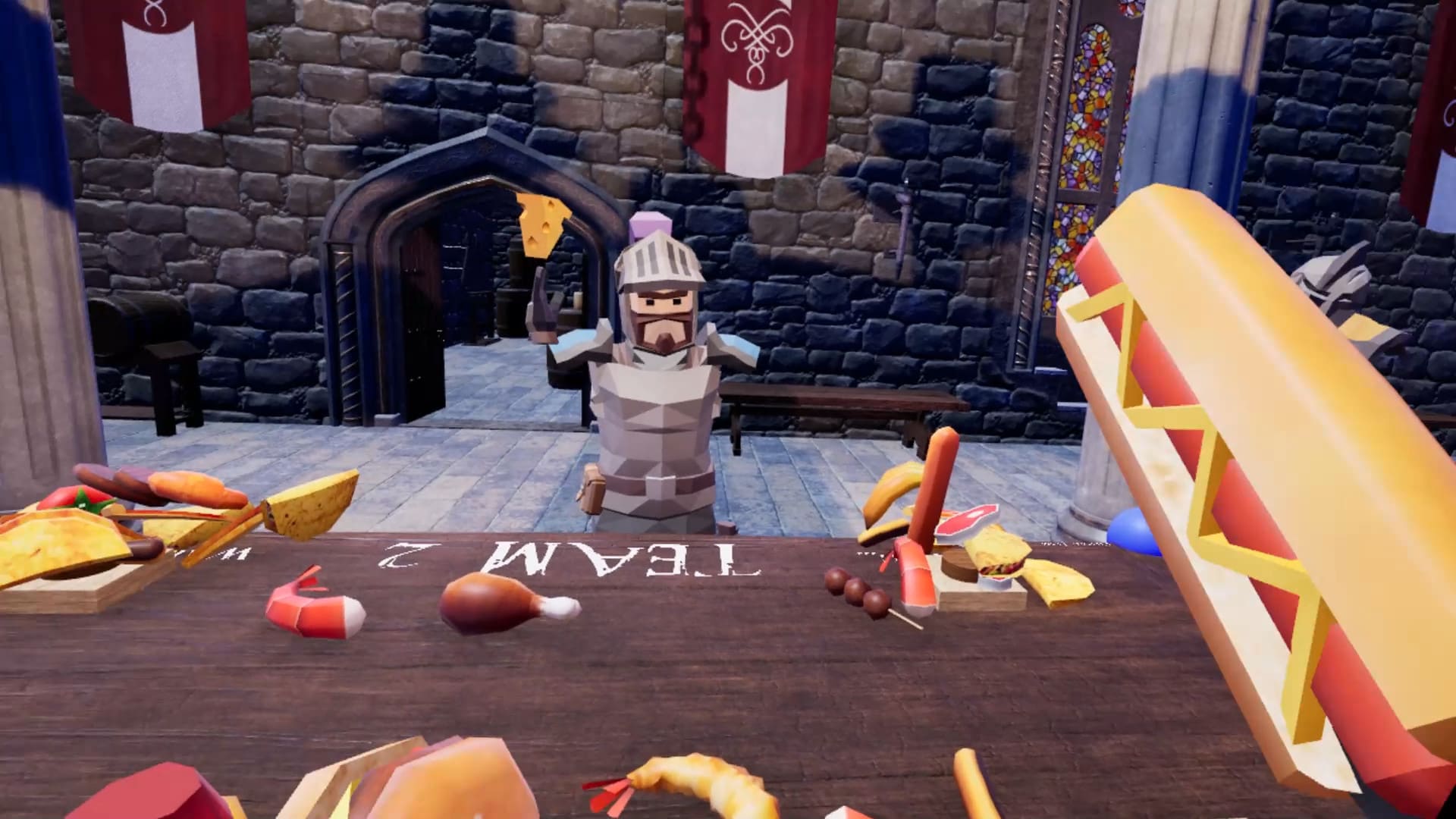 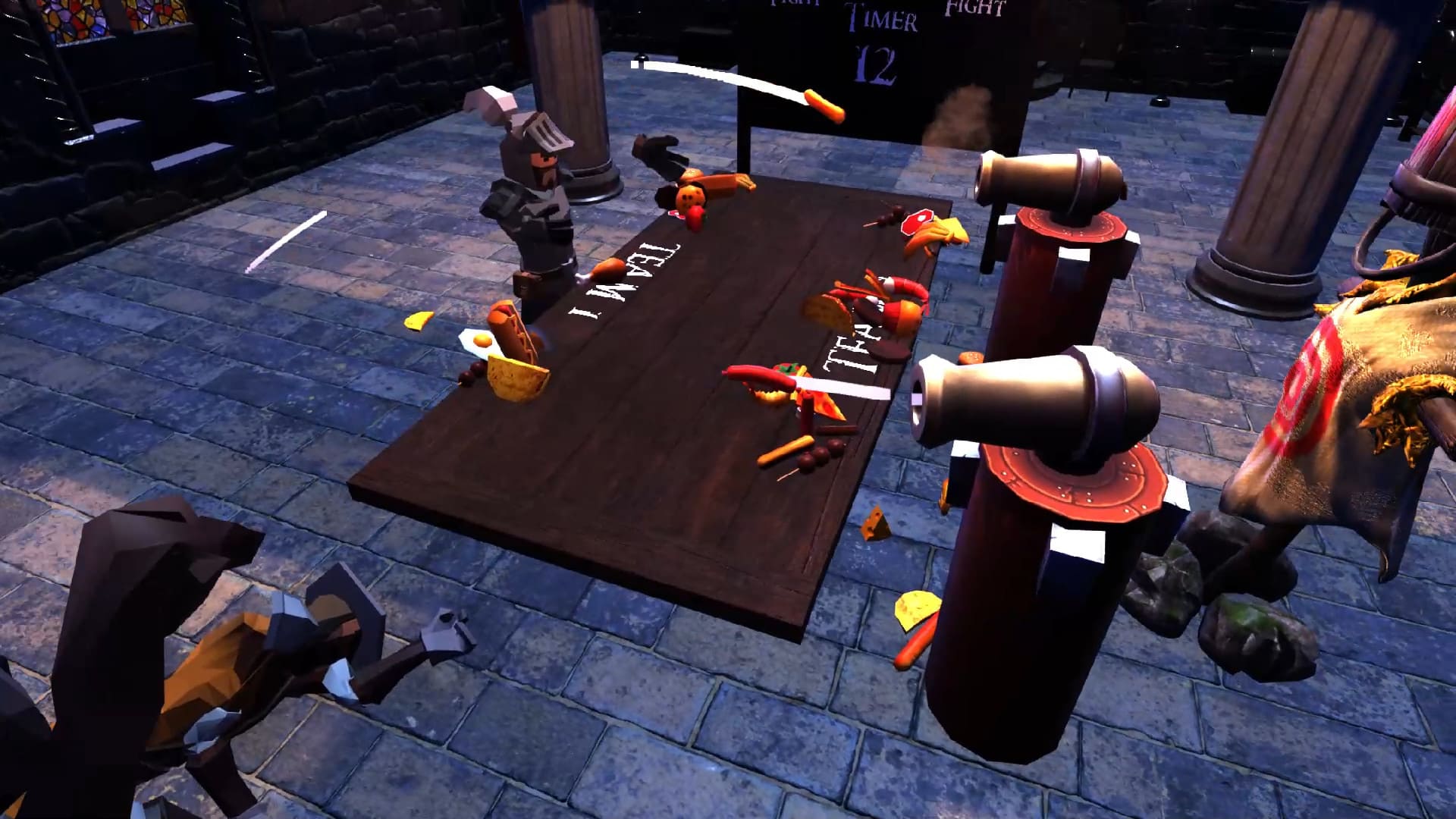 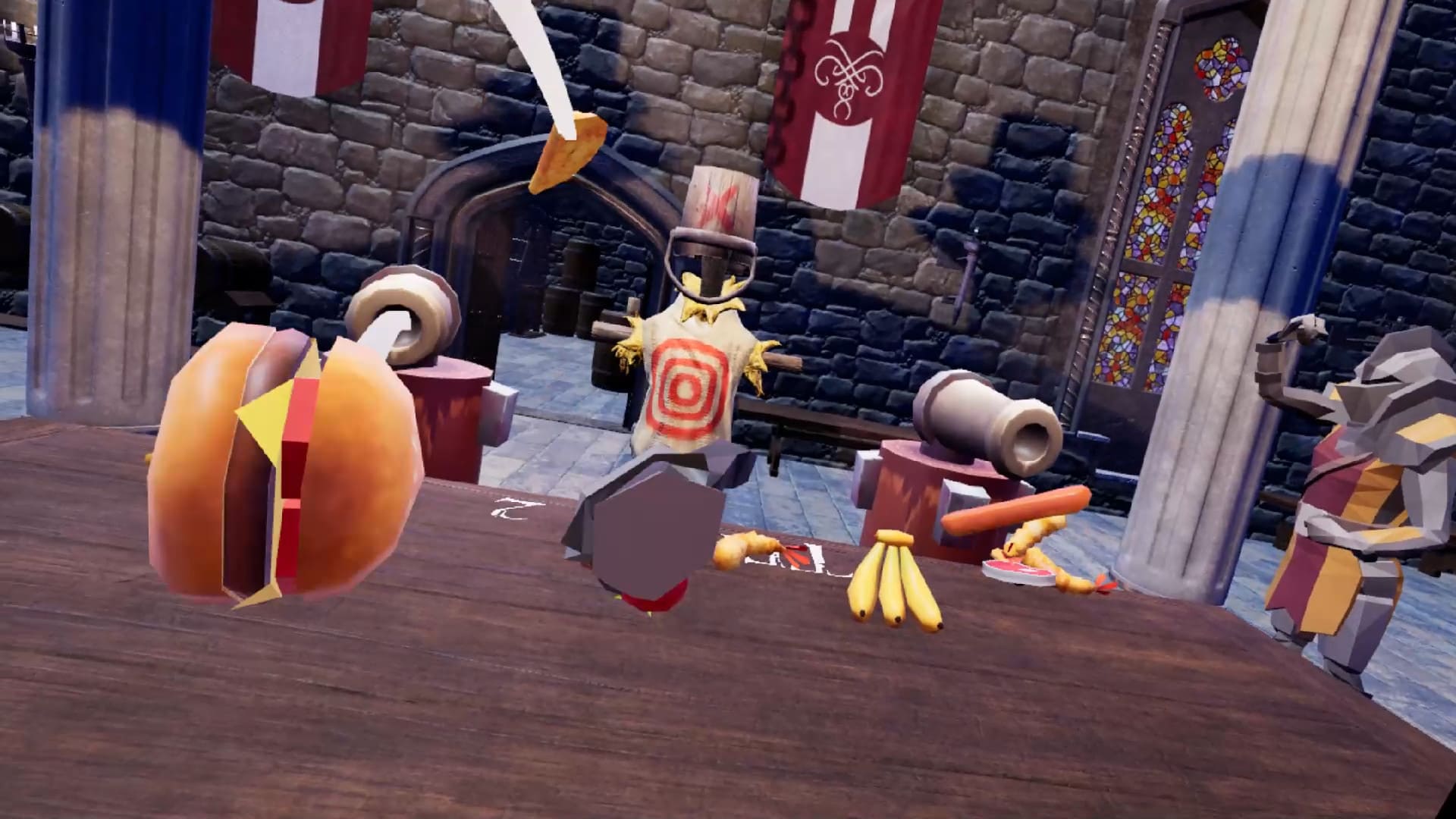